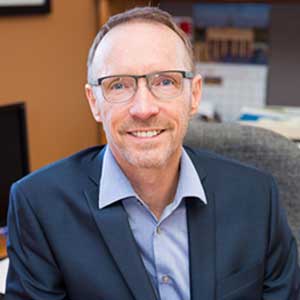 Pro-Growth Progressive Idea: Implementing a One Stop Ready program to make it easier for local businesses to create jobs

Dave Coulter became Oakland County Executive in 2019 when he was appointed to finish out the term of a county executive who passed away in office. Prior to that appointment, he served 9 years as Mayor of Ferndale, and also served as an Oakland County Commissioner for four terms (2002-2010). As Mayor, Coulter has advocated for reforms to increase innovation and transparency. He initiated a two-year budget process, challenging the city to look further ahead and anticipate shortfalls earlier. He created the successful Mayor’s Business Council to help spur economic development and job creation in the city’s industrial sector, leading to increased investment and the lowest vacancy rate in decades. His Blue Ribbon Committee on Parks helped identify and prioritize much-need improvements in neighborhood parks as a catalyst for neighborhood success. And in 2014, Coulter became the first Mayor in Michigan to perform same-sex weddings.

Prior to taking public office, he was a civil engineering draftsman and public school teacher, and worked for 13 years in Public Affairs at Michigan Consolidated Gas Company. He served as the former Executive Director of the non-profit Michigan AIDS Fund, and he currently serves as Senior Program Officer at the Children’s Hospital of Michigan Foundation.