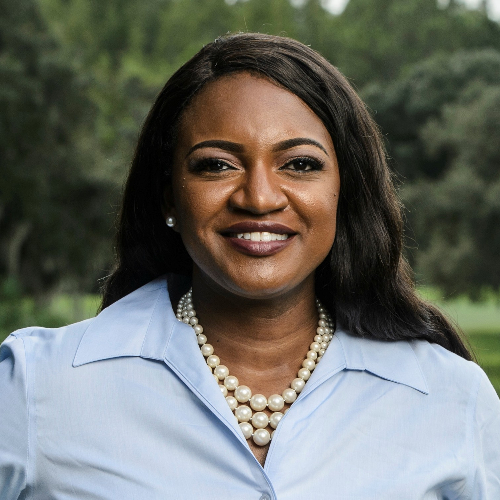 Representative Fentrice D. Driskell was first elected to the Florida House in November 2018. Her approach of bringing common-sense solutions to our state’s most pressing challenges related to public education, the environment, affordable housing, social and racial justice, public safety, and economic opportunity for all allows her to bring accessible, passionate representation to District 63 in Tampa.

Recently, Rep. Driskell’s peers unanimously elected her as Leader Designate Designate for the Florida House Democratic Caucus, which will make her the first Black woman to lead the Democrats in the Florida House. Rep. Driskell also serves as Policy Chair for her caucus. Rep. Driskell serves on the Redistricting Committee, Insurance and Banking Subcommittee, Pandemics and Public Emergencies Committee, Appropriations Committee, and Judiciary Committee, where she serves as Democratic Ranking Member. During the 2021 legislative session, Rep. Driskell carried and unanimously passed HB 7051, a bipartisan policy reform bill that will significantly improve transparency and accountability in law enforcement.

Rep. Driskell is a graduate of Harvard, where she was the first Black student to be elected president of the student government, and of Georgetown University Law Center.