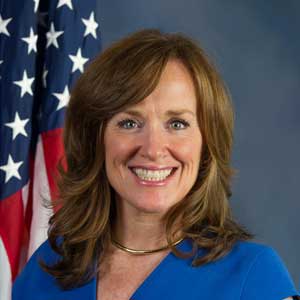 Congresswoman Kathleen Rice is in her second term representing communities in Nassau County, New York after first winning her competitive district in 2014 despite a challenging year for Democrats. In Congress, Kathleen has emerged as a leading Democratic voice on national security issues and a fierce advocate for veterans. Her other priorities have included making college more affordable, supporting small businesses, and enhancing public safety by combating gun violence and drunk driving. Kathleen built her career as an outstanding prosecutor, including as the first woman elected District Attorney in Long Island history. In that position, she won national acclaim for her efforts to crack down on drunk driving and help overhaul New York’s DWI laws, and her public corruption investigations led to the convictions of dozens of officials from both parties who violated the public’s trust.