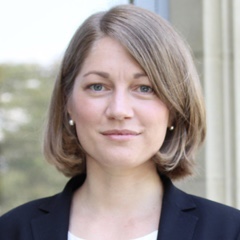 On January 7th, 2021 Molly Gray was sworn in as Vermont’s 82nd Lieutenant Governor. Lt. Governor Gray was born and raised on a vegetable and dairy farm in Newbury, Vermont, which her family continues to operate today. Following her graduation from the University of Vermont, where she competed as a division I cross-country skier, she moved to Washington to serve as a Congressional aide to Representative Peter Welch.

Her commitment to service led her to the International Committee of the Red Cross, where she managed relations with the U.S. Congress and led field missions into conflict zones around the world. She later returned home to attend Vermont Law School and served as a law clerk to Vermont’s judge to the Second Circuit Court of Appeals, the late Honorable Peter W. Hall. Molly went on to support the U.S. Government and international partners in launching the International Code of Conduct Association, working to launch the Association’s human rights monitoring program and lead human rights monitoring missions in East Africa, Nigeria, and Iraq.

Before taking office, Molly served Vermont as an Assistant Attorney General in Vermont’s criminal division and taught night classes on human rights law at Vermont Law School. Molly is only the fourth woman in Vermont’s history to serve as Lieutenant Governor.