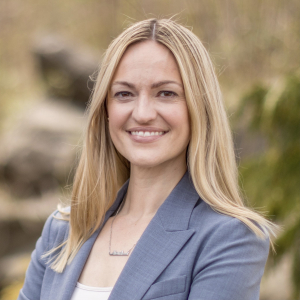 Mayor Paige Gebhardt Cognetti has been an advocate for good government and transparency throughout her career. Mayor Cognetti served in the Obama-Biden administration from 2009-2012 as a senior advisor to the Under Secretary for International Affairs at the U.S. Treasury Department. Cognetti previously served as a director on the Scranton School Board, overseeing a $160M budget and helping navigate the district’s dual crises of financial distress and public mistrust. She advised the Pennsylvania Auditor General, the Commonwealth’s chief fiscal watchdog, on oversight of school districts, care for older adults, criminal justice reform and student debt.

With her federal and Commonwealth experience, she has organized major intergovernmental initiatives for Scranton including the COVID-19 emergency response, protecting small businesses and families through the economic crisis, and replacing old street signs throughout the city. She donates 5% of her salary back to the city, refuses a government car and gas card, and buys her own stamps and stationary to communicate with constituents. Fiscal reforms like these allowed Scranton to finish 2020 with a surplus.

Paige was born in Eugene, Oregon and spent most of her childhood in Beaverton, Oregon. She lives in Scranton with her husband, Ryan, and their daughter, Sloane, and much of the time they are fortunate to be joined by Paige’s mother, Lynda Gebhardt, the best grandma out there.