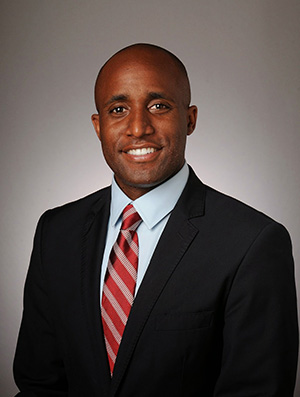 Quinton Lucas, “Mayor Q,” was sworn in as the 55th mayor of Kansas City on August 1, 2019. Prior to being the current Mayor, Lucas was elected to the City Council of Kansas City in June of 2015. As mayor, Quinton has prioritized making Kansas City’s neighborhoods safer, creating more accessible and affordable housing and public transportation, fostering a healthier community, and improving basic services. Quinton created and chaired the City’s Special Committee on Housing Policy.

Since 2012, Quinton has been a member of the University of Kansas Law School faculty, where he served as one of the youngest tenure-track law professors in the country. He is active in the Kansas City community and volunteers extensively in area schools and organizations, including providing mentorship in local prisons. Born and raised in Kansas City, Quinton has spent most of his life in the city’s urban core. As a child, he moved often and experienced homelessness, sometimes staying with family or friends, or residing in a motel. Despite these challenges, Quinton remained focused on his schoolwork, earning academic scholarships to high school, college, and Cornell Law School before returning home to Kansas City.