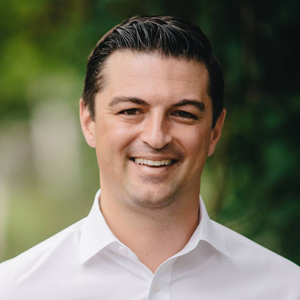 Elected in 2017, Amir Farokhi serves on Atlanta’s City Council representing the City’s District 2. Professionally, he works at CARE USA where he serves as Director of. CARE’s Corporate Council. Previously, Councilmember Farokhi has served as Chief Operating Officer of College Advising Corps; Founder and Executive Director of GeorgiaForward; and practiced commercial litigation with an international law firm.

In 2011, 2012 and 2013, Councilmember Farokhi was named among the Most Influential Georgians by Georgia Trend Magazine and included in the magazine’s 40 Under 40 list. He was a 2011 Marshall Memorial Fellow, Term Member with the Council on Foreign Relations and Truman National Security Project member. His focus on City Council is on strengthening Atlanta’s transportation infrastructure, increasing civic engagement, economic security for residents, and improving the quality of City services.

The Georgia Resilience and Opportunity Fund will provide 650 Black women near or below the federal poverty line with around $850 per month. The funding is targeted to support a population disproportionately impacted by the pandemic and historically underserved and economically marginalized.