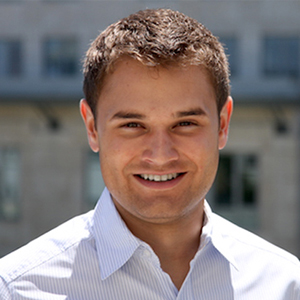 Chris Clark is a City Council Member and former Mayor of Mountain View, California, which is located in the heart of Silicon Valley and home to Google, LinkedIn, WhatsApp, and numerous startups. He was elected to Council in 2012 and became Mayor in 2014.

As Mayor, Chris led the city through a period of significant growth and forged consensus on several key issues including housing growth, permit streamlining, and environmental sustainability. He is the youngest person ever to serve as a Mayor and Council Member in Mountain View.

Chris grew up on a farm in rural Illinois and served as a Page for the US House of Representatives before moving to Silicon Valley to attend Stanford University. He studied International Relations and Economics and interned with the US State Department in Berlin and Munich.  In addition to City Council, Chris serves on several San Francisco Bay Area regional planning boards and leads operations at Y Combinator Research.