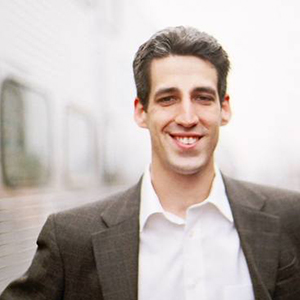 Mayor Daniel Biss grew up in Bloomington, Indiana and moved to Illinois after completing his Bachelor’s degree at Harvard University and his Ph.D. in mathematics at the Massachusetts Institute of Technology. At the age of 25, he joined the University of Chicago’s mathematics faculty.

It was while teaching, in the early days of the Iraq War, that Daniel was compelled to involve himself in his community. He began to work as an organizer, building support for progressive candidates and ideals. Through that work, as Daniel became more familiar with the critical issues facing his community, he decided he had to do more – and he ran for office.

Daniel was elected to the Illinois House of Representatives in 2010. In 2012, he ran for the Senate, where he represented Evanston and the 9th district for six years until his run for governor. During his time in state government, Daniel developed a reputation of forwarding pragmatic and progressive solutions to policy problems covering a wide range of policy issues. He earned numerous recognitions for this work, including the Alzheimer’s Association Illinois Legislator of the Year award, the Richard J. Phelan Profile in Courage Award from Planned Parenthood Illinois Action, and designation as one of Crain’s Chicago 40 Under 40.

Daniel passed historic legislation that led to a ban on so-called LGBTQ “conversion therapy”, the creation of a groundbreaking first-of-its-kind retirement security program, and the protection of residents from inappropriate police surveillance using drones and other invasive technologies. He also passed legislation that moved our local community forward. He crafted legislation to streamline Evanston government so better and more efficient services could be provided. He also passed a law that moved us closer to accessing offshore wind power.

Daniel and his wife Karin, an Assistant Professor at National Louis University, moved to Evanston in 2006 when Karin began a graduate program at Northwestern. They live with their two kids Arya and Theodore, who attend Evanston public schools.

Problem Roughly half the private sector workforce, including over 2.5 million Illinois residents, lack access to employer-sponsored retirement plans and will not have enough money […]