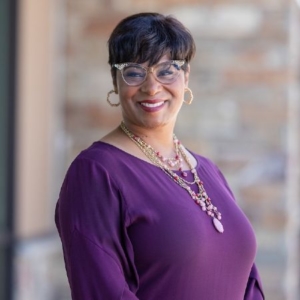 A courageous trailblazer, State Representative Janelle Bynum serves as the Oregon State Representative for House District 51 (East Portland and Happy Valley). In the Legislature, she is the immediate past Chairwoman of the House Judiciary Committee, current Chair of the Interim House Committee on Small Business and Economic Development and serves as a member of the House Business and Labor and Joint Ways and Means committees. She is also a founding member of the BIPOC Caucus giving voice to Oregon’s Black, Indigenous, and People of Color constituents, advocates, and businesses.

During her tenure in the Legislature, Rep. Bynum has spearheaded bipartisan initiatives encompassing Voter Engagement and Turnout; Investment in K-12 and Higher Education; Juvenile and Criminal Justice Reform; Police Accountability, and targeted support for small businesses. In the 2021 legislative session, Janelle passed an ambitious agenda with over 23 pieces of landmark legislation on Public Safety, over $70M to help grow the number of mental health providers, and the CROWN Act that protects both workers and student-athletes.

Concurrent with her leadership in public service, Janelle and her husband Mark are parents to four children and own multiple McDonald’s Restaurants. She has served on the Board of Trustees for the Ronald McDonald House Charities of Oregon, Business Oregon, the Center for Women’s Leadership, and the Oregon Commission on Black Affairs. She earned her undergraduate degree in Electrical Engineering from Florida A&M University, and her MBA from the University of Michigan—Ross Business School. She is also a member of African American women’s associations Jack and Jill of America, Inc. and Alpha Kappa Alpha Sorority, Inc. Janelle is a champion for Historically Black Colleges and Universities and is an avid consumer of American football, basketball, barbeque, and artisan cheeses.