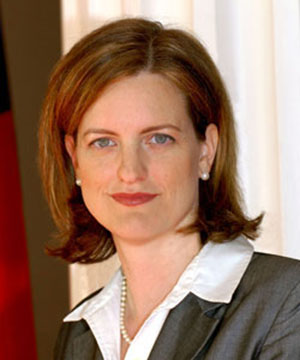 Treasurer Janet Cowell was North Carolina’s first woman to win the post, serving from 2009 to 2017. Known for her independence and commitment to doing what is right regardless of politics, Cowell transformed the Department of State Treasurer, bringing in experts from outside government and instituting reforms critical to North Carolina’s long-term fiscal health. Under her executive leadership as Treasurer, North Carolina maintained a triple-A Bond rating for strong financial and debt management practices, and was recognized as one of only seven states to earn the rating. On January 1, 2012, Cowell  stepped up to oversee the State Health Plan, recognizing an opportunity to provide enhanced governance and accountability of critical health benefits provided to the 650,000 members in North Carolina.

After earning an MBA, Cowell worked as a financial analyst with banks, and later provided business consulting to various Fortune 500 companies and served as an adjunct professor at two institutions of higher learning in the state. In 2001, Cowell began contributing her financial expertise and leadership to work for the citizens of North Carolina. She was elected to Raleigh City Council in 2001 (serving two terms), was elected to the North Carolina State Senate in 2004, and began serving as Treasurer in 2008.

In 2011, she worked to integrate financial education with K-12 social studies curriculum across the state, visited many of North Carolina’s institutions of higher learning to educate students on managing student debt, and recently partnered with the State Education Assistance Authority and the Community College System to launch Advanced Money Management for Community College Students.

Financial Literacy For All

Problem Currently, several groups manage various financial literacy resources and tools within their own domains but there is no central location or resource for people […]

A Better Way for Teachers: The 403(b) Option

The Education and Economic Engine Endowment

Problem Because many states continue to face budget challenges, many states have scaled back critical funding for education and entrepreneurship. Solution State Treasurer Cowell proposes […]

Problem Public employee benefits are often managed by different agencies, often with different goals and objectives. As a result, the customer experience varies significantly. In […]