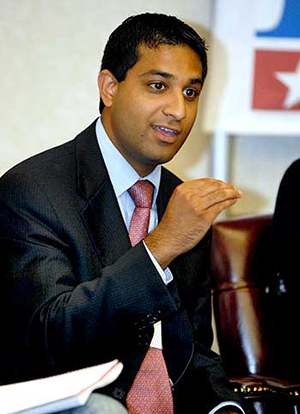 Jay Goyal served as a member of the Ohio House of Representatives for three terms, from 2007 to 2013. He received his Bachelor’s degree in industrial engineering from Northwestern University. Goyal graduated from the MPP and MBA joint-degree program between the Harvard Kennedy School and Harvard Business School in May 2015.

During his time in the house, Jay was the primary co-sponsor for the renewal of Ohio’s Third Frontier program and also introduced and enacted into law House Bill 140 which allows public universities to take equity in startups. For his legislative efforts, TIME Magazine named Jay one of the “Top 40 Under 40 Rising Stars in American Politics.”

Currently, Jay is the President of Goyal Industries, a metal manufacturing firm based in Mansfield, Ohio.