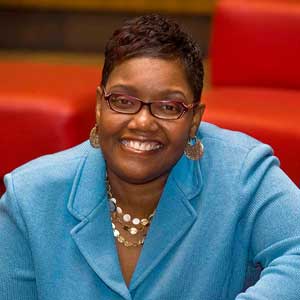 Karen Freeman-Wilson is Gary’s first African-American, female mayor, she served from 2012 to 2019. A pioneer in the drug court movement, Karen established the first drug treatment court in Indiana during her term as Gary City Judge and subsequently led the National Association of Drug Court Professionals as Chief Executive Officer for five years. She also served as Director of the Indiana Civil Rights Commission and Indiana Attorney General before becoming Mayor of Gary.

In her first month and a half on the job, Karen established a Department of Commerce to oversee economic development. She also put together a plan to make the city solvent by cutting personnel costs, increasing fees for services such as licenses, and seeking help from county and state governments.