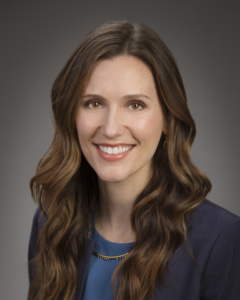 Elizabeth Brown was elected to Columbus City Council in 2015, reelected in 2019, and holds the office of President Pro Tempore. In addition, Brown is the Executive Director of the Ohio Women’s Public Policy Network. She has prior experience in economic development, nonprofit service, and state government. Brown worked as an economic development manager to the City of Columbus, taught middle school students as a City Year Americorps member, and has been published in New York Magazine and on WOSU Public Radio.

President Pro Tem Brown’s core objective is to fight for broad-based economic prosperity that levels the playing field for every family in Columbus. In her first year, Brown commissioned a comprehensive study of the city’s tax incentive policies, which resulted in a $15-per-hour minimum wage for city job incentives and new affordable housing requirements for city housing incentives. Brown introduced and passed an ordinance to promote the hiring of restored citizens and disadvantaged workers by companies who bid on city construction projects.

Brown’s achievements reflect her belief that a level playing field relies heavily on strengthening the position of women and families. Brown led the implementation of a paid family leave policy for city employees – the first of its kind in the Midwest and the third nationally. As Education Committee Chair, she continues to sponsor scholarships for kids to enroll in high-quality pre-Kindergarten classrooms and to fund career development opportunities for pre-Kindergarten teachers.

Brown funded an initiative with Moms2B and the Community Shelter Board to connect at-risk pregnant women with stable housing, employment assistance, and medical care. She partnered with the Columbus Women’s Commission to win  competitive grant funding focused on strengthening credit scores, improving access to credit and banking services, and providing household budgeting assistance for women and families in Columbus. And over several years of advocacy, Brown instituted free menstrual products in recreation centers and municipal buildings, partnered with Columbus City Schools to offer free products in school bathrooms, and helped provide free products for women in homeless shelters.

In partnership with CME Federal Credit Union, Brown launched the ACCESS (Affordable College and Career Education Starts with Saving) program, which provides an 8:1 match on education savings for eligible Columbus students. The program received national recognition as winner of the 2019 Ideas Challenge from the NewDEAL.

As Finance Committee Chair, Brown has overhauled the city’s capital and operating budget processes by engaging with residents, area commissions, and civic associations to incorporate neighborhood-level feedback. She moved budget hearings outside of City Hall and into Columbus neighborhoods to make them accessible and accountable. In 2017, in the face of newly aggressive and indiscriminant deportation tactics against Columbus residents, Brown established the Columbus Families Together Fund, which provides legal resources to keep immigrant and refugee families intact. In 2016 after a spike in vandalism and police calls to reproductive health clinics, she passed a law to prevent harassment of workers and patients.

Problem Columbus has a generally low unemployment rate, hovering right around four percent. But in some neighborhoods, unemployment rates exceeds 20 percent. Neighborhoods that are persistently underemployed often struggle with resulting symptoms of poverty. Many unemployed residents are employable but overlooked due to having served time in prison, and the […]