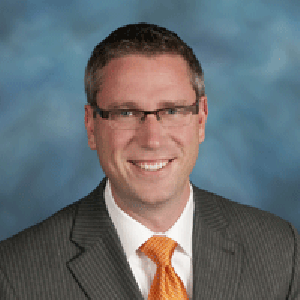 Mike Frerichs was elected Illinois State Treasurer in 2014. As an Illinois State Senator from 2008 to 2014, he served an active voice on behalf of Illinois’ farming community as Chairman of the Agricultural Committee, advocating for advancements in clean bio fuels.

During his time in the legislature, Mike focused on a number of ideas to spur economic growth.  He led an effort to improve tax incentives that encourage businesses to locate in high unemployment areas; he worked to increase science and math education standards in Illinois high schools; and he championed the Emerging Technology Industries Act, a bill that would provide grants to private-sector entities that grow jobs through innovations in medicine or science.

Prior to running for office, Mike taught at his alma mater high school and managed a local safety engineering company, Smart Structures. Later he was elected twice to the Champaign County Board and spent more than four years as Champaign County Auditor, where he became a Certified Public Finance Officer, the only elected Auditor to receive that designation in the state. Mike also served as a volunteer firefighter and on the board of a local nursing home.

Problem Student loans are a burden which prevents many from fully participating in our economy and which can make higher education inaccessible in the first place. Student loan debt delays home purchases, business start-ups and other major economic investments. And the fear of accruing debt can prevent students from enrolling […]

Problem Sustainable investing reverses the trend of focusing narrowly on financial results and instead takes a holistic view of investment. This is appropriate given the wide range of risks from climate change and other social factors that have and will continue to impact corporate performance. More than four-fifths of companies […]