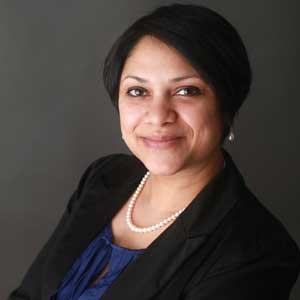 In 2018, Nima Kulkarni became the first Indian immigrant to be elected in the history of the Kentucky Legislature. She has managed her own immigration law practice since 2010, helping others achieve the American Dream.

Nima has dedicated her time as a public servant to helping the most vulnerable Kentuckians. In the 2020 session, she was able to stop harmful anti-immigrant legislation, as well as gain bipartisan support for Kentucky’s first anti-SLAPP bill, to ensure a fair and equitable judicial process for all Kentuckians. She was the primary sponsor of legislation to reinstate the prevailing wage, and is a strong supporter of our working families.

Nima serves on the House Standing Committees on Judiciary, Economic Development, and Licensing & Occupations. She is also a proud member of the Black Legislative Caucus and the House Women’s Caucus.

In 2019, Nima was asked to serve as the only Democratic legislator on the Public Assistance Reform Taskforce. She was the first legislator from Kentucky to be invited to join the 2019 Asian American Leadership Delegation program to Japan, one of just six (6) legislators asked to participate from across the country. She is also the first woman from Kentucky named as a New Deal Leader.

Most recently, Nima has been named as one of a handful of Louisville leaders to serve on the Mayor’s Civilian Review Board Working Group, to achieve greater transparency, accountability, and trust between the community and law enforcement in the wake of Breonna Taylor’s death. She is currently working with colleagues on both sides of the aisle to craft comprehensive policing reform legislation for Kentucky.

Problem  Kentucky is in a maternal mortality crisis. The rate of Kentucky women dying from pregnancy-related causes is more than double the national average, with […]