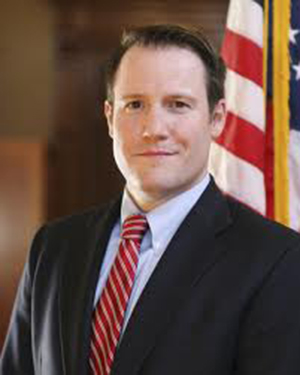 Scott Holcomb serves in the Georgia House of Representatives where he serves on the Higher Education, Public Safety and Homeland Security, Juvenile Justice, and Defense and Veterans Affairs Committees. In 2016, he authored and helped to pass bipartisan, landmark legislation to ensure the timely processing of sexual assault kits in Georgia. He has also worked to reform government, promote employment for veterans, and increase entrepreneurship.

Scott is an experienced attorney who has practiced since 1998. He is a founding partner of Holcomb + Ward, LLP, a boutique law firm based in Atlanta. Scott began his career in public service as a lawyer with the U.S. Army JAG Corps, where he served as a prosecutor and international law attorney. He deployed overseas three times for the conflicts in Bosnia, Afghanistan, and Iraq. He is a member of the Council on Foreign Relations and a Fellow with the Truman National Security Project.