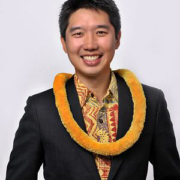 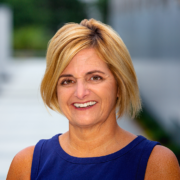 The South City neighborhood in Tallahassee has one of the highest rates of families living in poverty in Leon County (44.8%). Due to COVID-19, almost 800 South City students were unable to experience equal learning opportunities as they did not have the devices, connectivity or technical assistance to fully participate in digital learning.  Students are falling behind in school, parents lack the tech skills to support their students, access employment opportunities, or get medical and other services for themselves and their families. 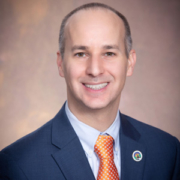 Lansing Built to Last was a local startup competition held in response to the COVID-19 pandemic. We realized that in order for our community to thrive, businesses must have a strategy in place and be prepared to make it through the toughest of times.

The competition invited all entrepreneurs and idea-makers to submit their emergency-resistant business proposals for the opportunity to win a year’s worth of services to help launch their business. Ideas had to require a physical space downtown, withstand emergency circumstances, and enhance the community that surrounds it.

This week, NewDEAL Leader Senator Troy Singleton’s legislation to protect small businesses throughout the state from tax burdens on PPP loans was signed into law, providing more relief businesses that struggled during the pandemic. Singleton’s bill ensures that any forgiven Payment Protection Program loans are not subject to state income tax and that recipients can deduct the expenses, which Congress recently affirmed was the intent of the CARES Act. Read more about Senator Singleton’s bill here.

NewDEAL Leader Speaker of the Maine House Ryan Fecteau is working to meet the needs of Maine residents struggling to find affordable, quality child care by sponsoring a bill that would require several state agencies to prioritize the training and recruitment of more workers into the childcare profession. Additionally, once COVID-19 relief funds that will be used for a similar purpose are exhausted, the legislation would allocate $4.5 million each year to continue supplementing higher wages, as chronically low wages make worker retention and recruitment difficult. Read more about Rep. Fecteau’s bill here.

NewDEAL Leader San Jose Mayor Sam Liccardo is leading a coalition of mayors in the creation of resilience corps programs across the nation, with the dual purpose of mobilizing citizens to address pandemic recovery needs and to provide living wage jobs for those participating in the corps. Mayor Liccardo led the coalition in penning letters to Congress and the White House, calling for funding for the Resilience Corps and the Civilian Climate Corps it’s based on. The mayor also announced the creation of his city’s Resilience Corps, which will hire 500 unemployed and underemployed young residents to work on tasks across five specific areas of need in the city. Check out San Jose coverage here and read more on the Resilience Corps from the mayor’s office.

Want to learn how you can join the coalition to support the creation of resilience corps across the nation or implement the idea in your area? Respond to this email or contact a NewDEAL staffer for information on how to get involved.

Taking office just weeks before the pandemic hit, NewDEAL Leader Boise Mayor Lauren McLean had already made affordable housing a top priority. But with COVID exacerbating housing issues and putting more families at risk for homelessness, Mayor McLean worked with city and county partners to recently pass the Emergency Rental Assistance Program to administer grants to help residents cover rent and other living expenses.  The program is funded with monies from the U.S. Treasury Department as part of the second COVID relief package. Speaking about possible additional relief from Congress, Mayor McLean told the Well News, “Obviously, the more funds that are made available, the more you can do, and what we’ve been advocating for in the next stimulus is funding that will enable us to secure funds for those experiencing homelessness. If the feds are willing, we’re ready to acquire, rehab or construct new affordable housing in a community that really needs it.”  Read more about the Emergency Rental Assistance Program and other ideas to address affordable housing in a recent interview Mayor McLean did with Well News.

As states and cities have varying levels of success with ramping up vaccinations, NewDEAL Leader Long Beach, CA Mayor Robert Garcia has created a system hailed by his governor as a model. The city’s effective response allowed it to be the first to open up vaccinations to non-medical essential workers after moving speedily through its first phase, which included health care workers and nursing home residents and staff. Building on the city’s prioritization of bringing testing to harder-hit neighborhoods, Long Beach turned testing sites into vaccine sites and created a robust notification system that keeps residents up to date on their eligibility. Read the New York Times write-up for more details on California’s vaccination process and Long Beach’s success.