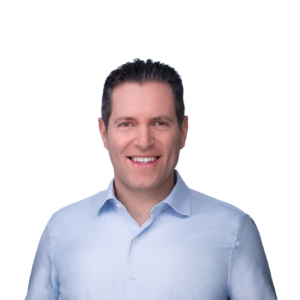 Finegold was raised in Andover and Tewksbury and attended public school in both towns. He played football at Andover High School and went on to play for Franklin and Marshall College in Pennsylvania. He graduated from F&M with a major in government and a business concentration.

Once he returned to Andover, Barry decided to run for the Board of Selectman, taking on longtime incumbents to win and become the youngest Selectman in the town’s history at age 24. A year later, he won election to the Massachusetts House of Representatives as a Democrat representing the 17th Essex District consisting of parts of Andover, Tewksbury and Lawrence. He was the youngest member of his freshman class. Finegold served in the Massachusetts House of Representatives and was named Chairman of the Joint Committee on Telecommunications, Utilities and Energy. In this position, he championed renewable energy policies that have helped make Massachusetts a leader in clean energy.

Working during the day and going to class at night, Finegold put himself through Massachusetts School of Law in Andover. At age 29, he founded the law firm of Dalton & Finegold, LLP, which ranks among the top 100 largest law firms in Massachusetts and specializes in residential and commercial real estate.

During his time in the Senate, Finegold has been a champion of legislative reform, passing the most significant election reform bill in decades and fighting for education reform efforts to close the achievement gap. He was deeply involved with the Lawrence Turnaround Plan following the state receivership of the Lawrence Public Schools. Since the plan was implemented, graduation rates have increased from 47% to 72%, and MCAS scores have significantly improved.

Under his leadership, the Senate passed the most significant election reform bill in decades, modernizing our election laws and making Massachusetts a national leader in ensuring free, fair and accessible elections. The bill included provisions providing for early voting, same day registration, election audits, online voter registration, and pre-registration for 16 and 17-year olds.

Finegold also holds a Master’s in Public Administration from the John F. Kennedy School of Government at Harvard University. While a student, he won the Kennedy School Fenn Award for Political Leadership and was selected as one of the top 100 young “Democrats to Watch” by the Democratic Leadership Council.

Finegold resides in Andover with his wife, Amy, their three children, Ava, Ella, and Max, and the family’s bulldog, Otis. In his free time, Finegold enjoys coaching his children’s flag football, hockey, and soccer teams, attending hard rock concerts, and his daily 5am work out.