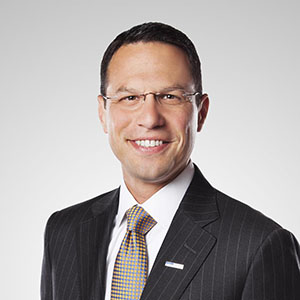 Josh Shapiro was sworn in as a Montgomery County Commissioner and voted chairman of the board in January 2012. Since being elected, Shapiro has led a bipartisan effort to remake county government and change its culture. In less than two years, Shapiro and his colleagues have eliminated a $10 million budget shortfall, grown the reserve fund, and begun to rebuild critical infrastructure. One of the key actions that helped address all of these issues was the introduction of zero-based budgeting, where government agencies get funding based on meeting their core missions rather than on the previous year’s budget. Josh has worked to make sure that the budget reflects the true cost of delivering services in a transparent fashion.

Before being elected county commissioner, Shapiro represented Montgomery County in the Pennsylvania House of Representatives for four terms. He was named “Best State Legislator” by Philadelphia Magazine during that time. While in the State House, Shapiro authored and led the fight to implement the farthest-reaching ethics and government reform agenda in a generation.