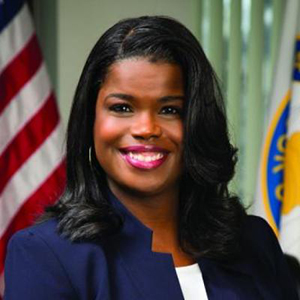 Kimberly M. Foxx is the first African American woman to lead the Cook County State’s Attorney’s Office – the second largest prosecutor’s office in the country. Kim was elected to the top prosecutor post, after claiming victory in a historic election, during a critical time for the criminal justice system in Chicago.  She took office with a vision for transforming the Cook County State’s Attorney’s Office into a fairer, more forward-thinking agency focused on rebuilding the public trust, promoting transparency, and being proactive in making all communities safe.  She is committed to making the office more responsive to the people of Cook County.