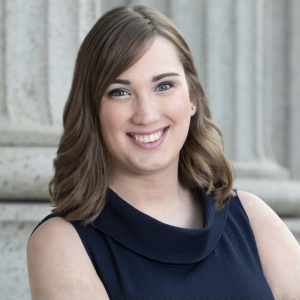 Senator Sarah McBride represents the First State Senate District, which includes Claymont, Bellefonte, and parts of Edgemoor and Wilmington. She has been involved in community advocacy for most of her life, including working for former Governor Jack Markell, the late Attorney General Beau Biden, and as a White House intern during the Obama Administration. Most recently, she served as a spokesperson for the Human Rights Campaign, the nation’s largest LGBTQ equal rights organization.

Prior to her service in the State Senate, McBride led the successful effort to pass a landmark non-discrimination law in Delaware, worked with state leaders to expand health care covered by Medicaid, and championed legislation protecting vulnerable youth from child abuse. As a state senator, McBride is committed to fighting for affordable health care for all, strong public schools for every child, good paying jobs with competative benefits for Delaware’s families, and safe communities where each resident is treated with dignity.