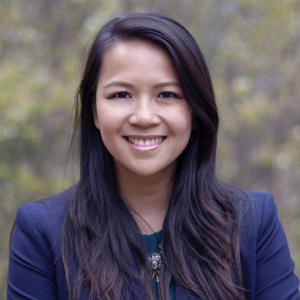 Tram Nguyen is the State Representative for the 18th Essex District, which includes parts of Andover, Boxford, North Andover, and Tewksbury. She is a first generation Vietnamese-American immigrant and earned a Bachelor’s Degree from Tufts University and a Juris Doctor from Northeastern University School of Law. From the start of her legal career until she took office, Tram worked at Greater Boston Legal Services as a legal aid attorney and advocated for domestic violence survivors, workers, seniors, veterans, and children. She also engaged in legislative advocacy and worked with statewide coalitions, lawmakers, and lawmaking bodies to push for laws that address issues of racial and economic justice and protect the rights of the most vulnerable populations.

Tram was first elected into office in November 2018 and is the first Vietnamese American woman in elected office in the Commonwealth, the first Vietnamese American elected to the Massachusetts House of Representatives, the first Asian American on the Board of Directors of the Massachusetts Caucus of Women Legislators, and the first Asian American woman in the House of Representatives to serve as vice chair of a committee. Tram is currently vice chair of the Labor & Workforce Development Committee. As an attorney, she received the Lawrence Bar Association Merit Award, the Vietnamese American Bar Association Public Service Award, the Reginald Heber Smith Award for innovation and excellence in legal advocacy, and the UAW Social Justice Award. As a legislator, she’s been given the Women’s Empowerment Award (2019), Asian American Women Political Initiative Legislator of the Year Award (2019), YDMA Young Democratic Elected of the Year Award (2020), and Council of State Government 20 under 40 Award (2020).