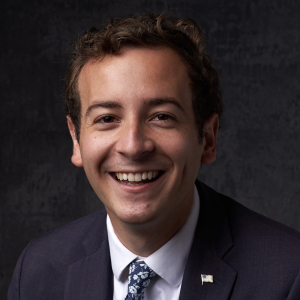 Senator Haskell is the youngest member of Connecticut’s General Assembly. He represents the 26th District, comprised of seven suburbs in Fairfield County. Haskell is the first Democrat to represent the district in over four decades. In 2019, he was included in Forbes’ 30 Under 30.

Haskell graduated from Georgetown University, where he helped to launch the student organization Free Speech Project. Haskell interned for the Democratic National Committee prior to working in the Connecticut Public Defenders Office.

As the Senate Chairman of the Transportation Committee, he has focused on expanding and improving public transit options across the state. During his time as Senate Chairman of the Higher Education Committee, he prioritized increasing enrollment at community colleges and providing local businesses with the highly-skilled workforce. Haskell fought to create a debt-free community college program that has helped thousands of students pursue higher education.