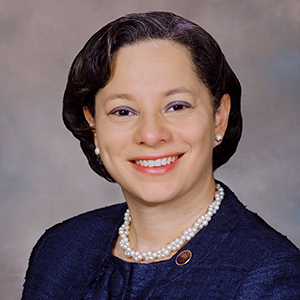 Jennifer McClellan was elected to the Senate of Virginia in January 2017 after serving 11 years in the Virginia House of Delegates. Jennifer has earned a reputation as an effective, constituent services oriented legislator who can find common ground across the aisle while standing up for progressive values. She has been a legislative leader on diversifying Virginia’s economy, adapting to new business models and technology, improving public education and breaking the school-to-prison pipeline, criminal justice reform, increasing access to affordable housing, expanding renewable energy sources, civil rights, and ethics reform. As the first Virginia Delegate to be pregnant while in office, she has been a fierce protector of women’s reproductive rights, children, and families. Her legislative accomplishments include legislation authorizing benefit corporations in Virginia, establishing lactation policies in public schools, reforming child marriage and school discipline laws, strengthening Family Life Education curriculum to address sexual harassment and abuse, and reforming child marriage laws. She has also been a leader on efforts to ratify the Equal Rights Amendment, expand renewable energy sources, and banning housing and employment discrimination against LGBTQ Virginians.

Jennifer is the Chair of the Virginia Dr. Martin Luther King, Jr. Memorial Commission and Vice Chair of the Virginia Legislative Black Caucus. She serves on the Southern Regional Education Board Legislative Advisory Council and is a 2018 Hunt-Kean Leadership Fellow. She has been a Democratic Party activist and leader at the local, state, and national level, and currently serves on the Democratic National Committee and Democratic Party of Virginia Steering Committee.