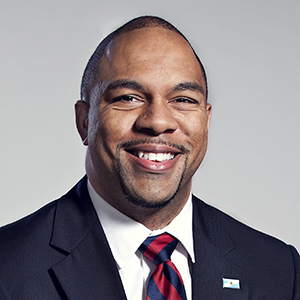 Maurice Cheeks is a dad, a technology executive and former local elected leader. He served on the Madison City Council from 2013 to 2019. His agenda for Madison, Wisconsin was focused on ensuring that it is a national example to other mid-sized cities on innovating to eliminate persistent opportunity gaps, increasing citizen engagement, and designing intentionally for anticipated population growth. Cheeks has been named among the ‘25 Most Influential People in Greater Madison’ and has additionally been listed among the “28 Most Influential African Americans in Wisconsin”.

He currently serves as President of the board of directors at 100state, Wisconsin’s largest entrepreneurial co-working space. Mo earned a bachelor’s degree from Eastern Illinois University, and in 2016 was presented with the university’s Outstanding Young Alumnus award. He has continued his education through executive coursework at the UW-Madison School of Business.

Mo and his wife, Melissa, have two young children, Hannah and Cyrus.